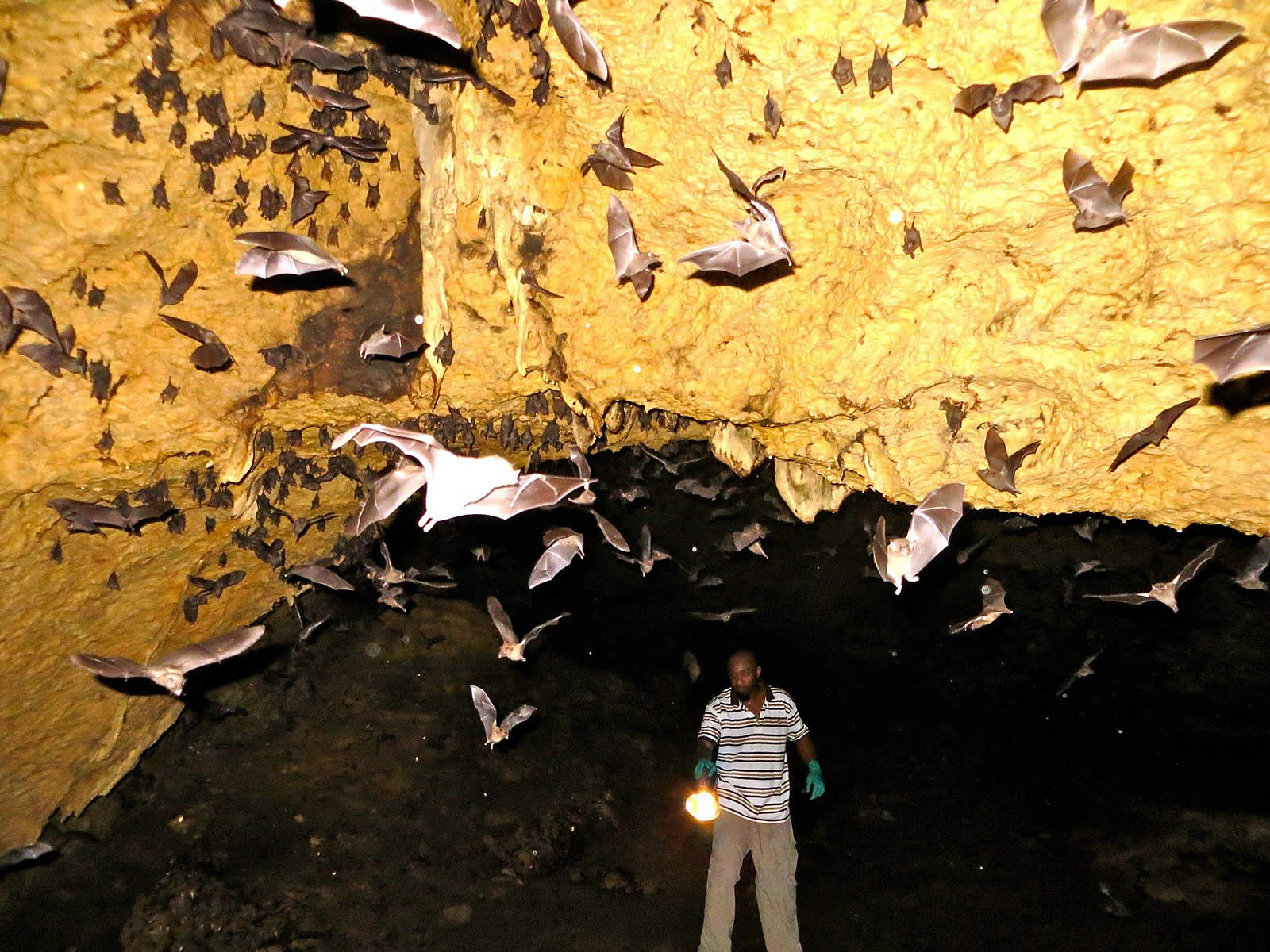 TT$150 per person You must book in advance to confirm your spots.

Book Now
What to expect
Tamana is an amazing unforgettable cave adventure that has been filmed by Discovery, National Geographic and BBC.
What you will do and see 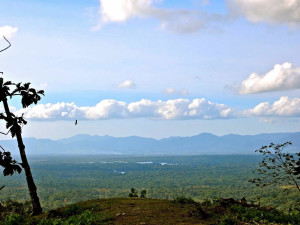 Mount Tamana lies on the eastern edge of the Central Range, south of Sangre Grande. It rises to a height just over 1000 feet and geologically it is unique in Trinidad as it is mostly made up of ancient reefs that have been uplifted from the oceans. After many millennia it was pushed out of the oceans running water has carved intricate cave systems within the calcium carbonate left by the reefs. These caves are now the homes to many wonderful geckos and other critters, however its most abundant inhabitants are millions of bats!

After a long but beautiful drive through east, then central Trinidad passing many farms, rural communities and lowland forests we reach Tamana.

The trail starts off quite steeply, and when its muddy can be difficult to negotiate but its not a long trail as the cave can be reached in about 30 minutes. We will be there early hence we will hike for another 30 minutes to the summit where the view is spectacular and wonderful views of the Northern and Southern Ranges may be seen. After a snack we hike 30 minutes back to the cave. 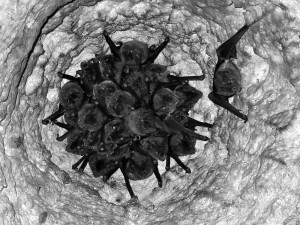 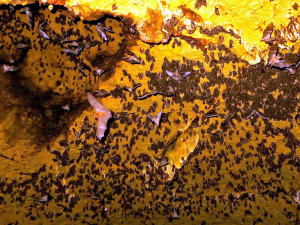 At the cave we can enter and do some exploring as thousands of bats fly all around. It is a wonderful experience. Entering the first chamber can provide amazing and close views of these incredible creatures. The adventurous can wriggle through the small hole that connects the first chamber to the rest of the cave system. Then go exploring! This will bring you into contact with many bats and other creatures that live in the cave. We then wait until the sun sets at the cave entrance, which is when millions of bats depart the cave.

Stand in the River of Bats 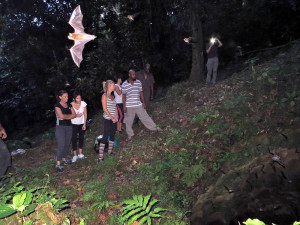 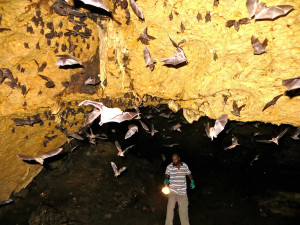 Stand at the entrance as a river rapid of bats stream past you producing a unique and exhilarating experience. Here you can feel the wind of their wings as hundreds flutter past, and now and again one may land on you for a few seconds. After a bit we head off down the hill with flashlights guiding our way back to the vehicle.

We will probably depart for our drive home at about 7:30pm.

As noted there are two versions: the first is the full adventure that has a full just over an hour hike to the summit, 35 min return to the cave, then shall go deep in the cave.

The hike is broken into 3 sections. The sumit climb is an hour, the cave hike is 30 minutes and the 30 minute return to the car is done in the dark. Bring enough food and drink for not less than that duration.

The easier adventure does the 30 minute hike to the cave, where they shall meet the first group.

Prep and What to wear

Each person must have a working flash light or head lamp with fresh batteries in it.Parts of this trail are usually over grown and stinging nettles are common, so light long pants are recommended. This will be helpful in the cave also.

Rubber kitchen gloves are recommended to be worn in the caves to keep bird and bat poop off hands. Some people use dust masks as added protection from Histoplasmosis, which is a fungus found mostly in bird, rat or bat droppings

Bring hand sanitizers and wipes for use after the cave.

Hiking boots or trail shoes are recommended as the trail can get quite muddy and slippery. Slippers are not appropriate. Sneakers with good grip will work.

Make sure you leave a dry change of clothes and towel in the car to change into for the drive home!

Also please bring plastic garbage bags to put bat poop covered clothes and shoes into for after the hike. It will help to make the drive home less smelly. Also a large plastic jug of water to wash off with after the hike is very useful.

Kid Friendliness
Kids are encouraged to join this hike but they have to be OK with the bats.
Meeting Place
The day is a long day so we will split into two groups to facilitate kids and those not doing the full hike. The full adventure group will meet Courtenay (620-8240) at Superpharm Maraval at 11:00am and drive east to Waller Field where we will turn south. The second group will meet Sheldon (713-4515) at 1:00pm at Superpharm Maraval and follow the same route.
BOOKINGS

In order to confirm your attendance you must click the Booking button and complete the form. You must provide accurate information on names and numbers of people attending, a cell contact and an emergency phone number of someone not attending the event. Once you are confirmed it is understood that you are subject to the Cancellation Policy below.