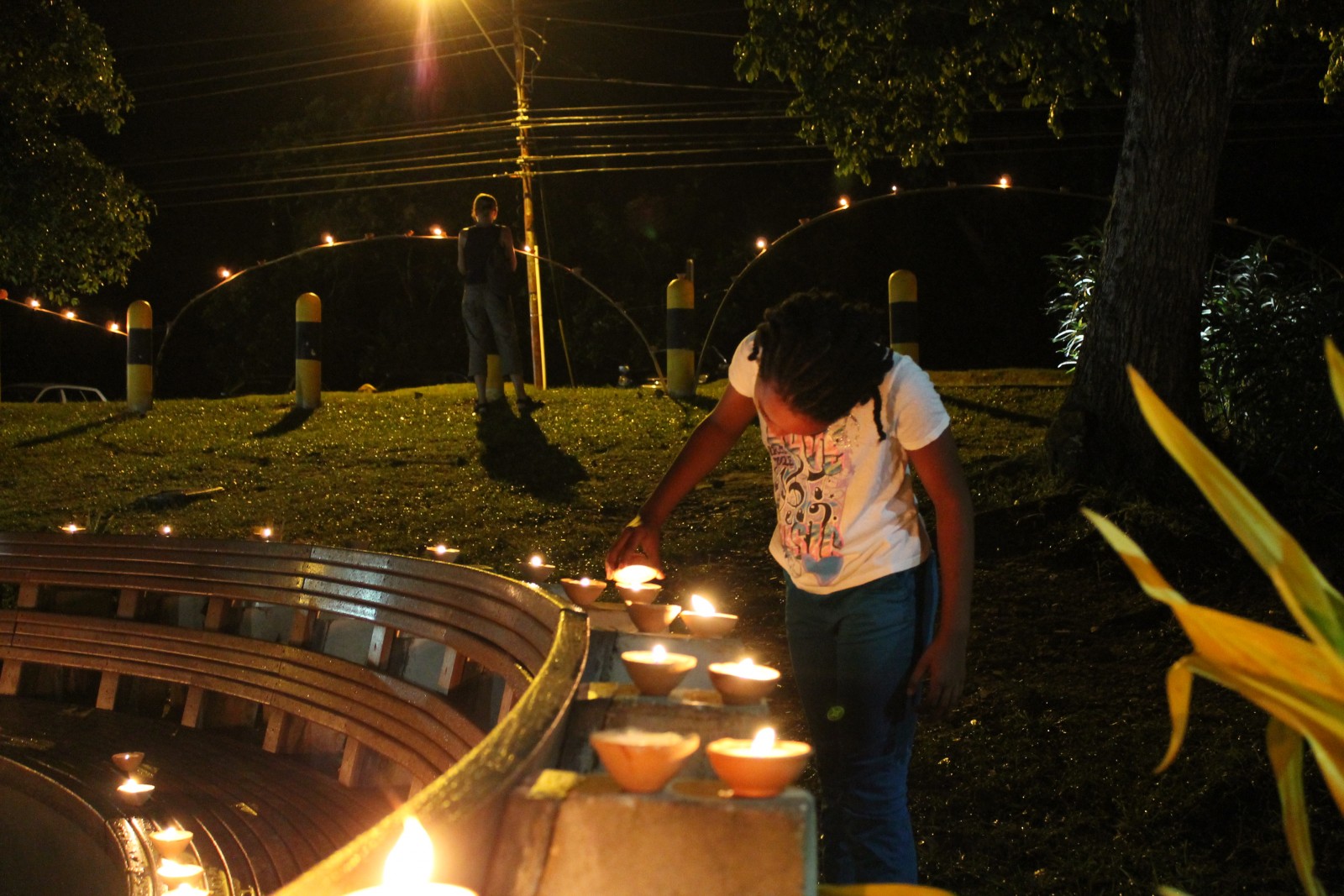 This spectacular Hindu festival during which clay oil lamps are lit to symbolize the lifting of spiritual darkness and is a celebration of good over evil and light over darkness, is a favourite among locals that transcends religion, heritage and ethnicity.

Religious festivals, customs and traditions form an integral part of Trinidad and Tobago’s society and the Hindu festival, Divali is no exception.  This stems from a large portion of the country’s population being East Indians and a significant amount are Hindus.  Divali was brought to Trinidad and Tobago by Hindus who came as indentured labourers in 1845. The celebration of Divali in Trinidad and Tobago is marked as a national holiday with numerous functions held to celebrate the occasion.

The celebration of Divali in Trinidad is one of the largest in the English speaking Caribbean.  Celebrations are not only held at temples and by religious groups, it has been extended to homes and communities but now organizations have also embraced this festival with special events held to commemorate this occasion.

Divali, is celebrated by Hindus around the world, is called the Festival of Lights which symbolizes the lifting of spiritual darkness. It is a celebration of good over evil and light over darkness. Divali means an array of lamps (deep: lamp; vali: array).

In the early days, the Hindus celebrated this festival in a very small way. They made at least five deyas (small clay pots) per household, filled it with coconut oil or Ghee (clarified butter) and a wick made of wool was placed in it. Now, the lighting ofdeyas is a spectacular sight. Families, communities, even those who are not Hindu, participate in this enlightening, uplifting occasion. Deyas are atop creatively bent bamboo frames constructed in savannahs and other open spaces or simply arrayed in the driveways of homes.

Before the lighting, Hindus undergo a period of fasting, praying for the blessings of Mother Lakshmi on their homes. On the day Divali is observed, pujas or Hindu prayers are done. After, there is a Hindu feast – food and delicious Indian sweets are distributed to others in the community.

The observance is based on Hindu scripture: the return of Lord Rama, along with his wife Sita from his fourteen-year-long exile and his vanquishing the demon Rawan. In joyous celebration of the return of their king, the people of Ayodhya, the Capital of Rama, illuminate the kingdom with deyas.

Deyas are made from clay and are usually filled with oil and ghee with a wick for lighting. Today, you can buy deyas ready made with wax and wick because it is easier to light, less messy and lasts longer. Of course wax deyas are much more expensive because you are paying for the convenience and ease of use but it depends on the person’s budget as to what they want to use.

The Hindu Community does not eat any meat during this festival. It is a sacred time for them and they fast from all meat consumption. Here are some traditional food which is made for Divali.

Areas in Trinidad which celebrate Divali

Huge Divali Celebrations take place in many of the East Indian and other communities:

Start your review of Divali 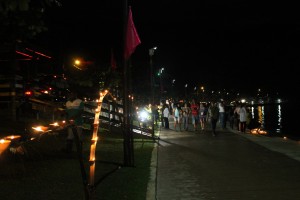 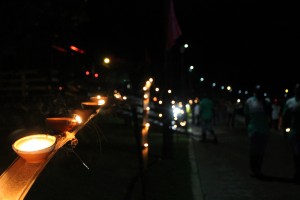 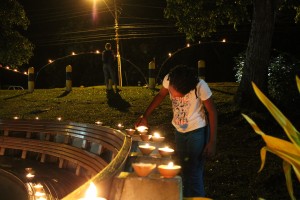