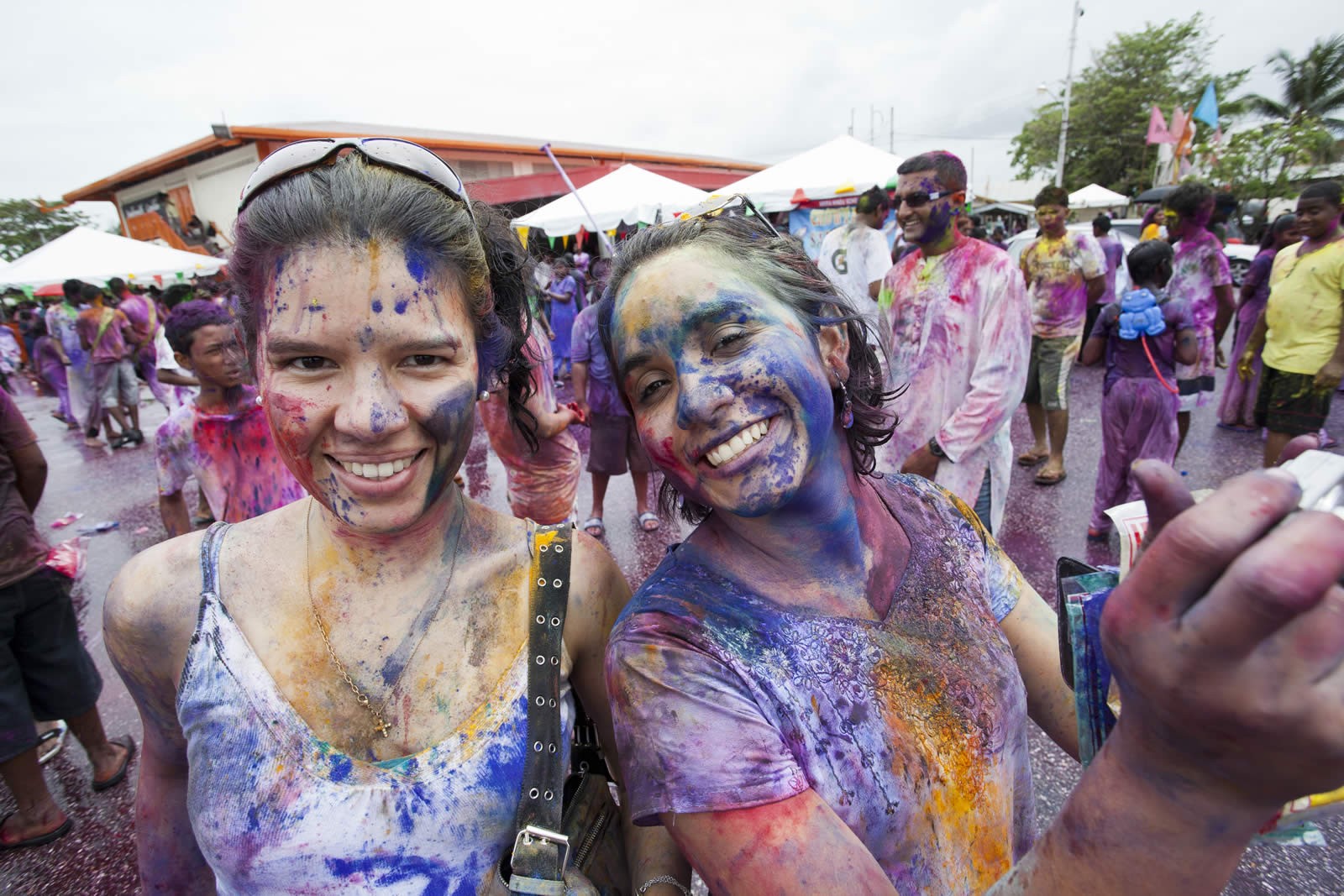 When one thinks of Trinidad and Tobago and festivals, Carnival automatically comes to mind, with its vibrant colours, costumes and soca music that engulf these islands during the first months of the year.  But Trinidad and Tobago’s rich cultural diversity, with influences from Indian, African, European, Spanish (Hispanic or Latino), Chinese and Arabic cultures, produces an eclectic mix of unique and intriguing festivals, found nowhere else in the Caribbean, that will leave you in awe, move you spiritually and create unforgettable experiences. 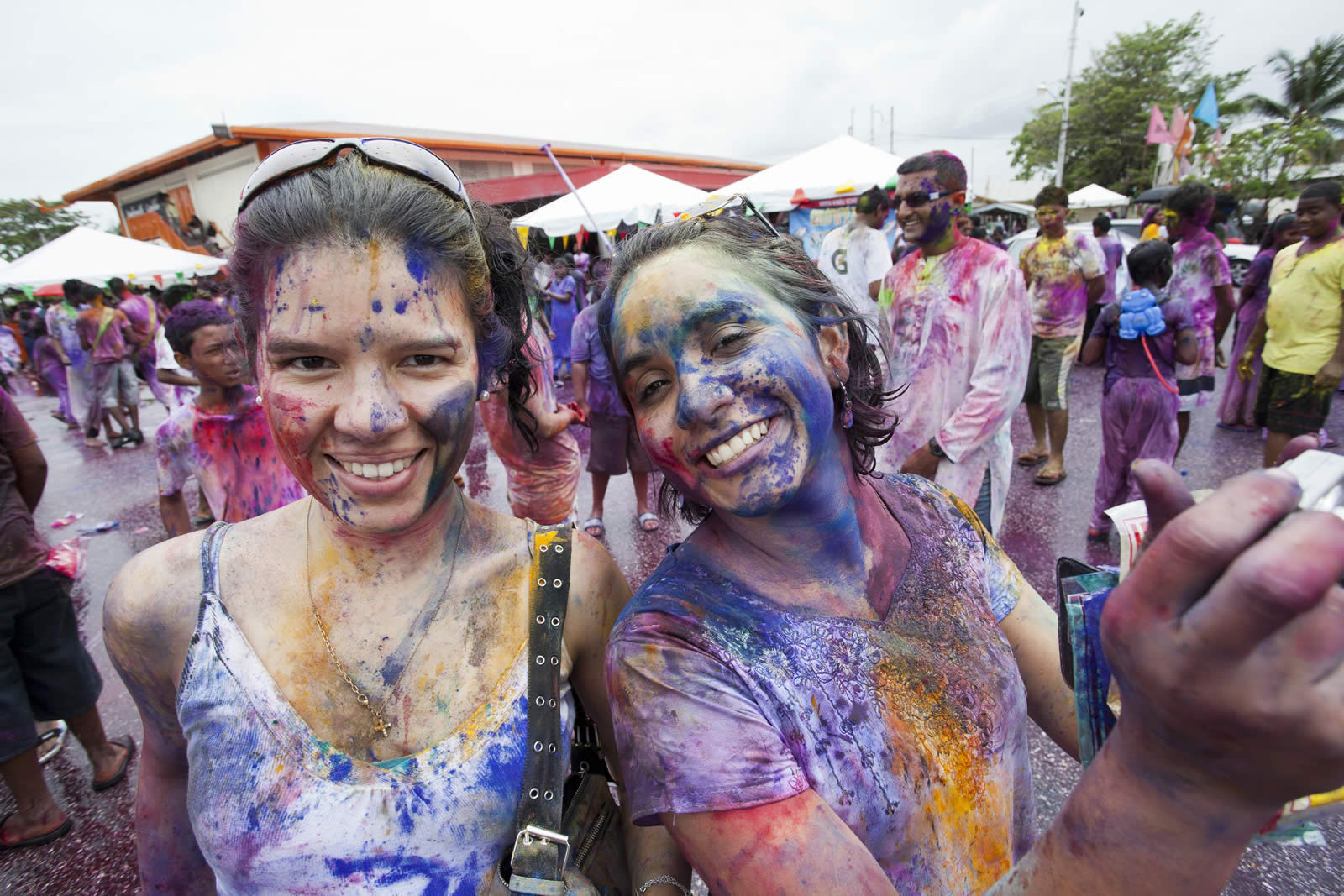 Tourism Development Company Limited
1Phagwa
Add to My Trip
A Hindu festival celebrating the first day of spring with songs, music and dance. Celebrants often wear white and look forward to the spraying of abeer – (coloured powder mixed with water).
Phagwa or Holi is a religious festival celebrated by the Hindu community in March of each year. But as with all observances in our multi-ethnic, multi-religious country, the wider community, Phagwa is celebrated by the wider population. Celebrants wearing white, are sprayed with a variety of coloured dyes mixed with water called abeer. Phagwa celebrations are easy to find throughout Trinidad and the happy participants will be sure to invite you to join them!
Learn More 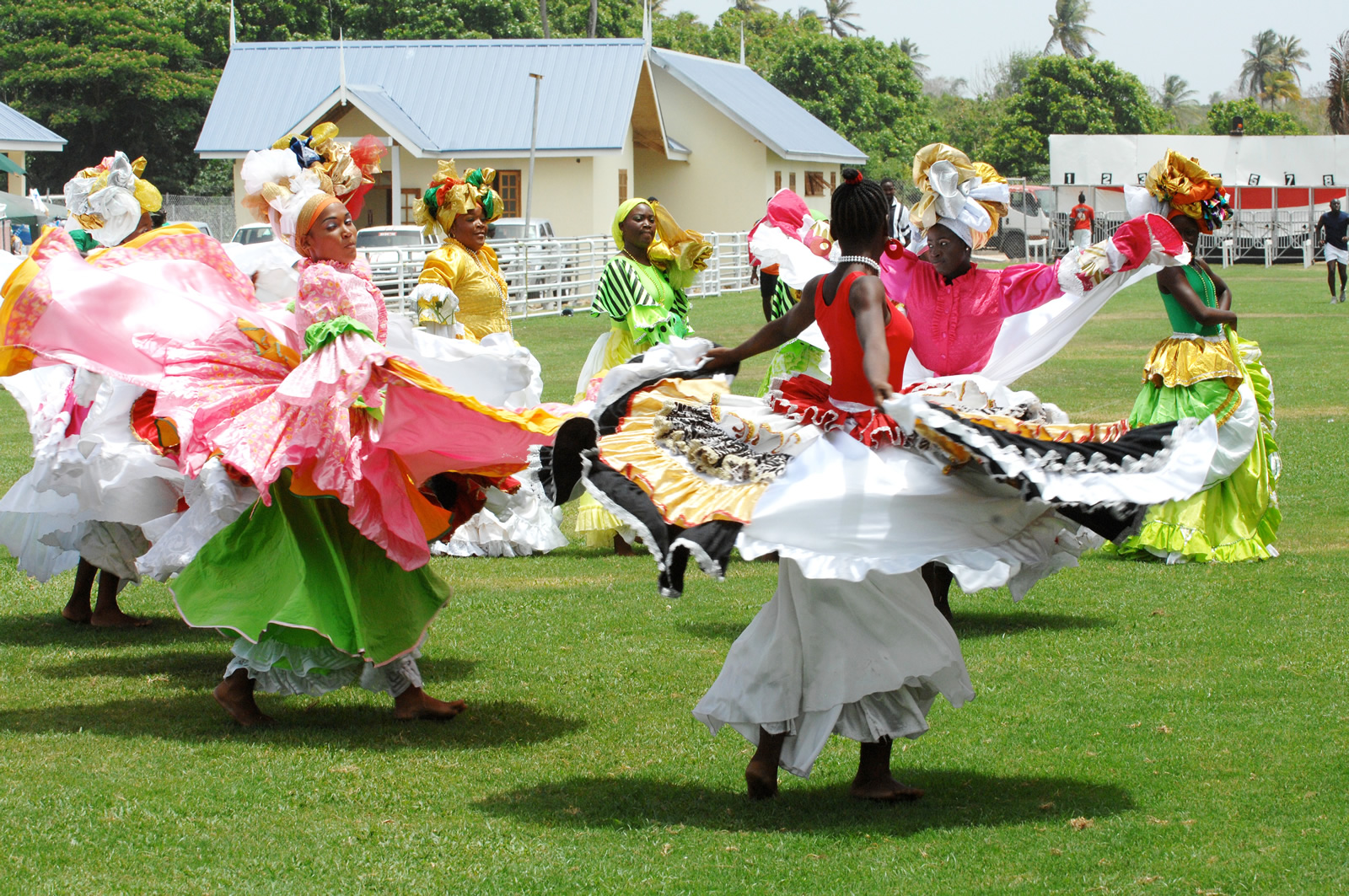 Tourism Development Company Limited
2Tobago Heritage Festival
Add to My Trip
The Tobago Heritage Festival is an annual event created to preserve the unique cultural traditions of Tobago. The Festival has grown from year to year and runs from mid July to the beginning of August, attracting thousands as they celebrate as communities.
Held from mid-July to early August, the two week festival gets on the way with a gala opening night featuring a number of cultural performances showcasing singing, cultural dances, spoken word acts and folk dramas. Throughout the two (2) week period, different villages host their own production every evening as a capsule event to the heritage festival. Visitors are treated to many facets of cultural art-forms, including presentations depicting what the locals refer to as an ‘Ole time wedding in Moriah’ (a re-enaction of an 18th century wedding procession through the streets of Moriah village), folklore story-telling and drama and traditional dances. Not forgetting the array of indigenous cuisine that gives you a ‘more-ish’ appetite!
Learn More 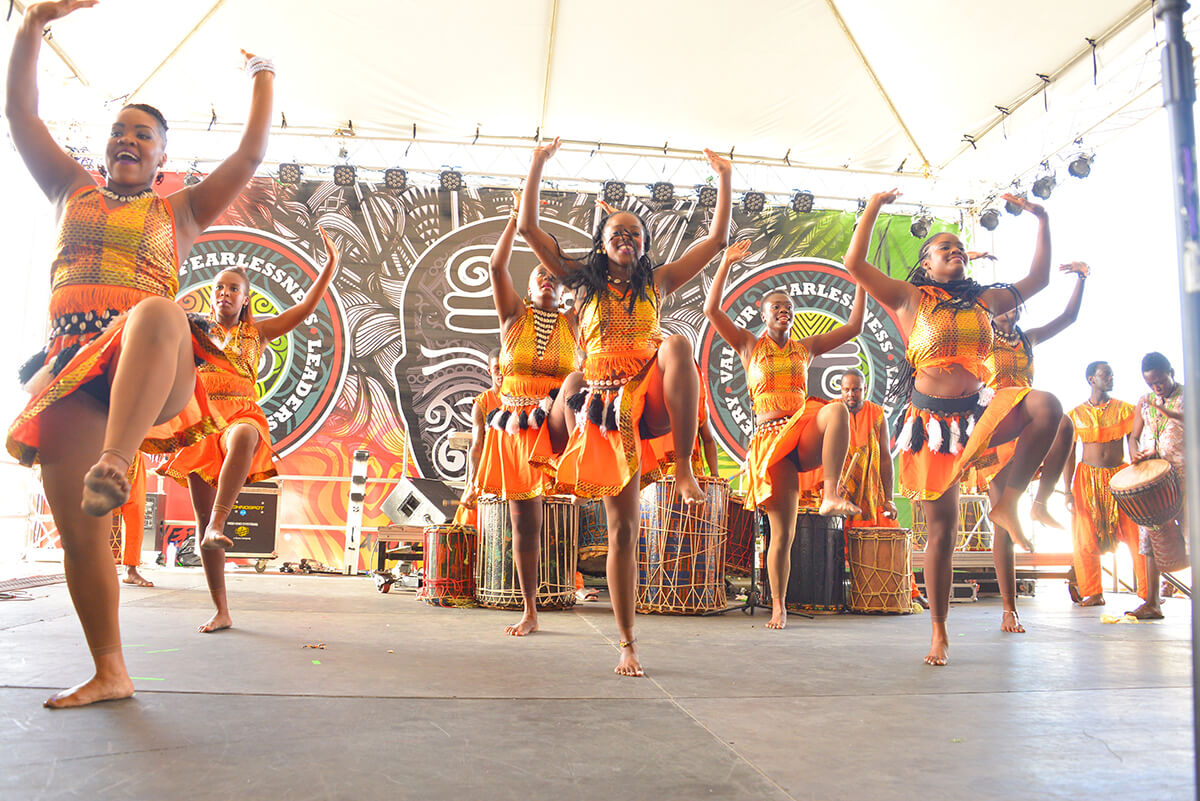 3Emancipation Festival
Add to My Trip
Culminating with the Emancipation Day parade on the morning of August 1, one of the most popular highlights of the period, some 20,000 participants flood the streets of Port of Spain with thousands on the sidewalks, creating a spectacle of colour dominated by African motifs, textiles and designs.
During the last week in July through to August 1st, the people of Trinidad and Tobago, led by the Emancipation Support Committee, pay homage to ancestors who struggled for our freedom, and to the African builders of civilization on whose backs they stood, in a manner befitting the level of sacrifice and achievement. Sounds of traditional drums, steel pan and calypso, echo through the land at various celebratory functions. Artistes from other parts of the African diaspora, including Africa itself, add to the enthralling mix as we celebrate the Pan African Festival. The festival is held at the Lidj Yasu Omowale Emancipation Village, Queens Park Savannah, which is the main centre of activities for the emancipation period. In song, dance, visual images and speech, Africa is always present in this multi-dimensional festival. The wisdom of words and the rhythms of art blend to create a festival that is educational, entertaining, exciting and inspirational.
Learn More 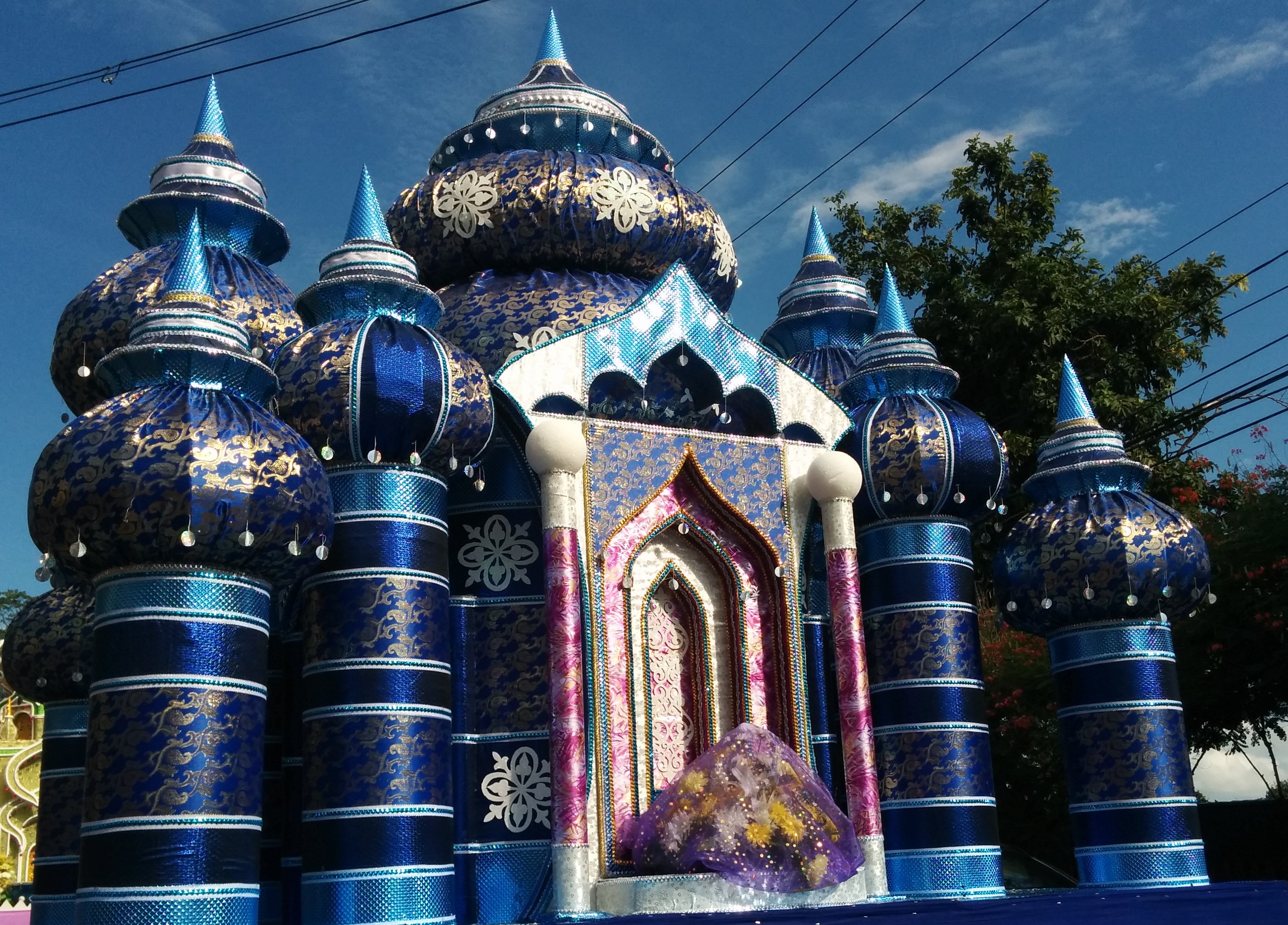 4Hosay
Add to My Trip
The sight of the elaborately decorated tadjahs making its way down the streets with the convoy of people and tassa drums have evolved from a solemn religious festival to a cultural experience.
Hosay is a ten-day period which begins with six days of fasting, prayer meetings and work on the construction and decorations of tadjahs. Tadjahs are decorated models of mosques and are said to be replicas of Hussein’s and Hassan’s tombs. The tadjahs are expertly crafted from bamboo, multi-coloured paper, tinsel and glass and some can be up to ten-fifteen feet tall.
Learn More 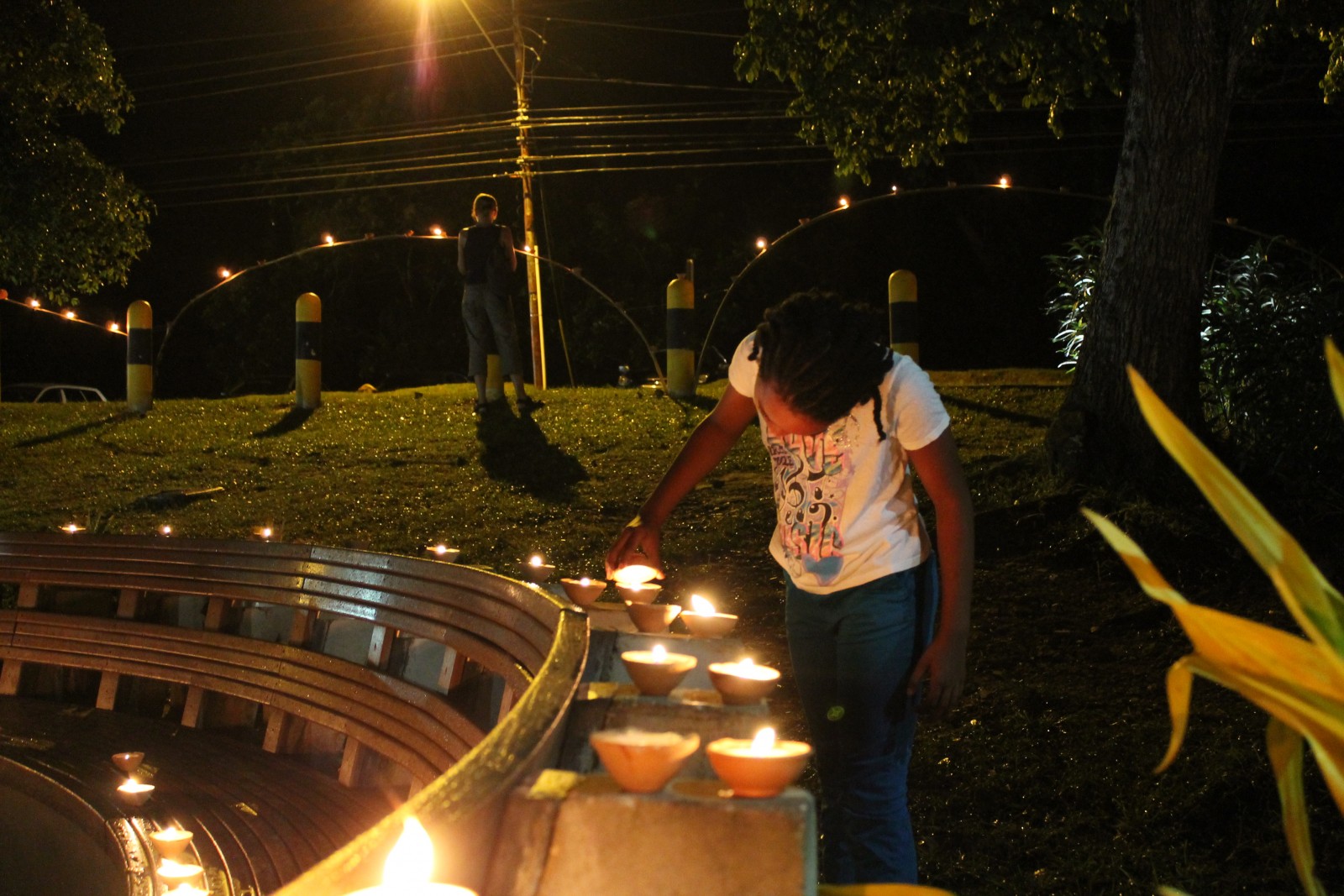 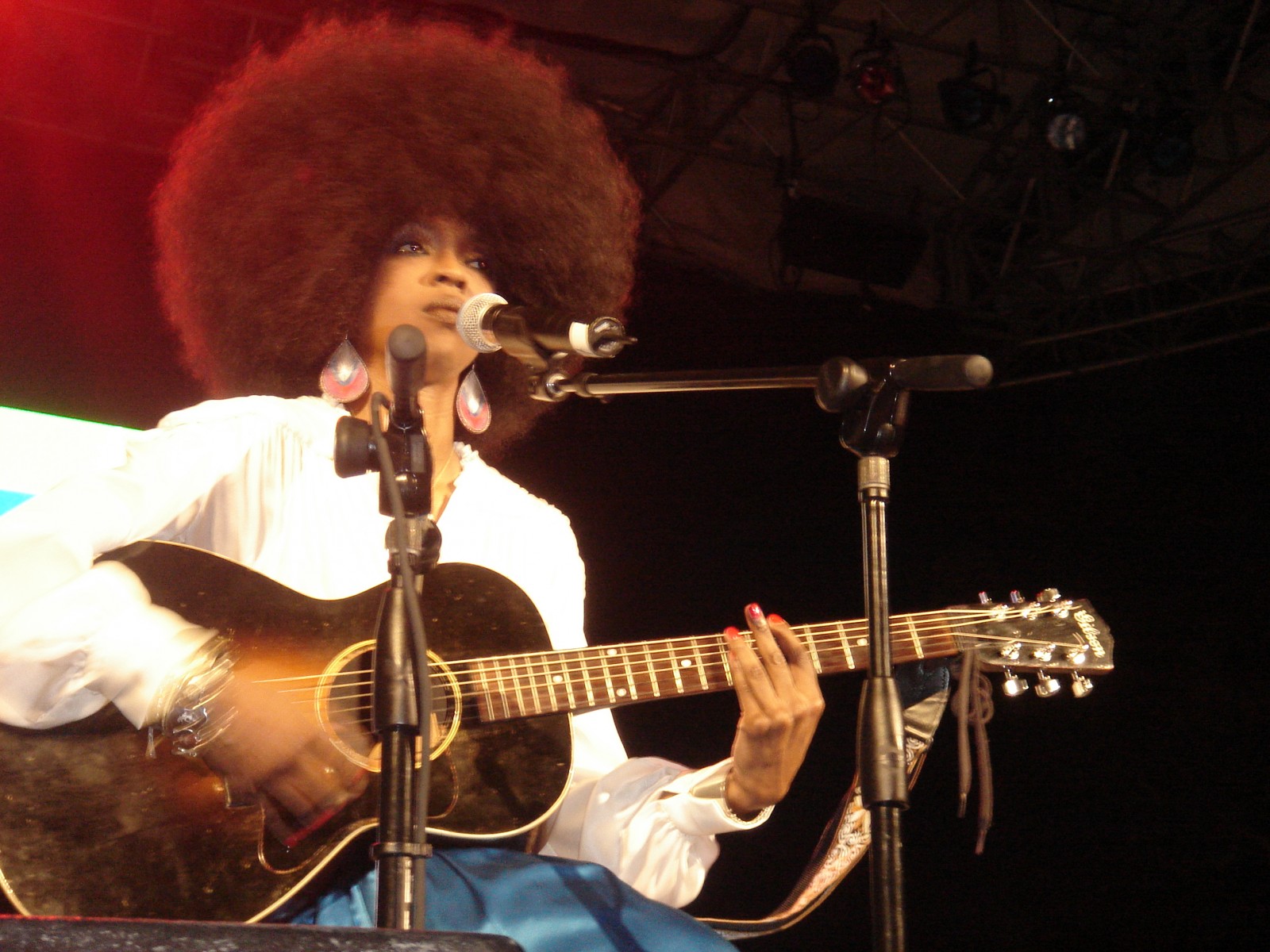 Tourism Development Company Ltd
7Buccoo Goat Race Festival
Add to My Trip
Easter in Tobago is chock full of activities and one of the most popular events is Goat Racing in Buccoo.
Some may consider this an unusual event but it is by far one of the most exciting past times on the island. Occurring for almost 80 years, this past time has grown in to a nationwide sport and event taking place on "Easter Tuesday" in both Mount Pleasant and Buccoo, with the latter attracting hundreds of families into their village. Although Easter Tuesday is ‘officially’ Goat Races Day in Tobago, the activity now occurs more regularly on the entertainment calendar at events such as the Tobago Heritage Festival.
Learn More