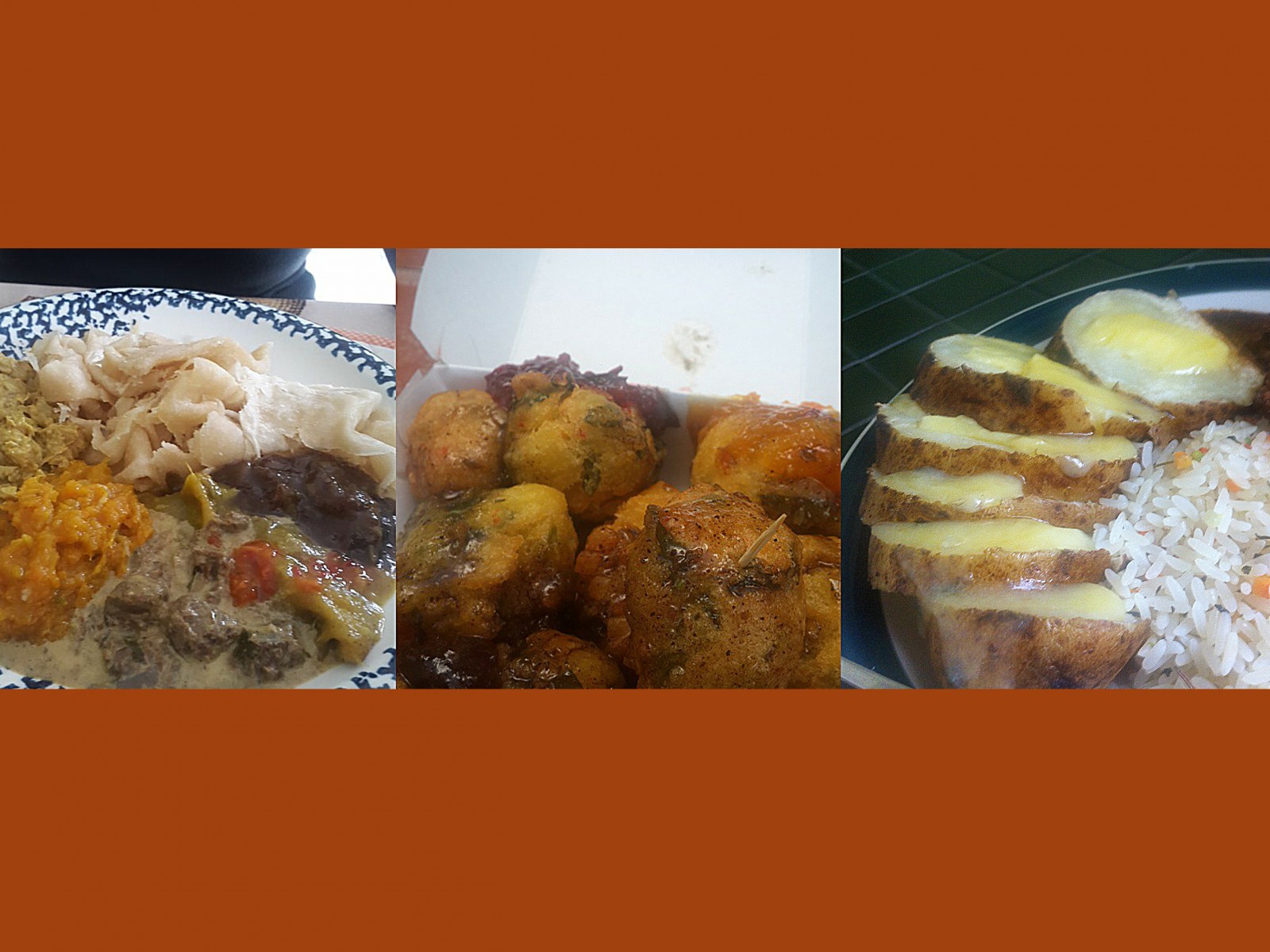 Imagine it’s 10pm and you’re not feeling to cook

4am and you come out of a fete and “yuh belly in yuh hand” (AKA extremely hungry).

Don’t worry your only option isn’t the 24-hour KFC on Independence Square.

So what can you do?!

We at Destination T&T  have your back. This blog highlights some of the places you are sure to find (tasty) food at ridiculous hours in the night. Once you have a taste of the local street cuisine, you’d wonder how you can ever go back to eating normal food! #TrueStory.

Upon reading this article, you would also realise that we have a few staples in Trinidad and Tobago like doubles, gyros and wings and fries. These street foods are present at every venue and are frequently the stalls with the longest lines (probably because they taste so damn good).

Here are our top spots for late night snack-grabbing:

Hands down the best liming spot in Trinidad and Tobago!

Ariapite Avenue or the “Ave” is guaranteed to be on this list because what’s a lime without food?

With a food vendor (read: saviour) on nearly every street corner, the Ave is never lacking on drinks, “vibes” and delicious food.

Sunday – Tuesday, vendors may close as early as 11PM.

On Wednesdays & Thursdays, they will be open until 2am.

On Fridays and Saturdays, expect that they will be operational until about 3am and gyro vendors till 5am.

Head down to the Savannah

The Queen’s Park Savannah is the centre-stage for a host of activities including Carnival celebrations, the Independence Day parade and a hotspot for delicious food.

Opposite the National Academy for the Performing Arts (NAPA), you will find an array of perched tents clouded with wafting scents of mouth-watering street foods.

Vendors usually come out every night. There are less vendors on Monday to Thursday nights and they open until approximately 9pm.

On Friday to Sunday nights, the Savannah is packed and vendors are there until after 11pm and sometimes midnight.

In addition to food vendors, there are popular local drinks to wash down the meals with. Coconut vendors cut open the fresh coconuts on the spot for its refreshing water. If you have not tried it as yet, ask to taste the coconut jelly! Try local juices like passion fruit, pommerac and soursop from any of the juice stalls or punches (a concoction similar to a smoothie) made of local fruits as well.

Curepe is the thoroughfare for most public transportation because of its central location. Fortunately, this makes it an easy place to find something delicious to eat at virtually any time of the day or night.

On weeknights they open until 1am but weekends, you can pass through at 11pm or 5am and still grab something to eat.

In the Southlands, there is a stretch of road about a mile long, known as The Cross or The Crossings,  that becomes lined with food carts and trucks as the sun sets. The modern architectural design of the Southern Academy for the Performing Arts sits as the background for the busy thoroughfare.

Wednesday to Sunday from 7pm to 2am.

Known as the “City that never sleeps”, St. James is probably home to the highest concentration of bars within Trinidad and Tobago. At any point along the Western Main Road, one can pull aside and enjoy  an appetizing meal.

Sunday to Thursday until 11pm.

Friday and Saturday nights until 3am.

Pass through St. James between 7 and 9pm and try some homemade ice-cream. Taste local flavours like guava pineapple, barbadine and soursop to traditional favourites like cookies & cream and cherry vanilla.

The solution to your food problems are around the corner. Take this literally in Tobago. The junction at which Pigeon Point Road meets Milford Road in Crown Point is where the late night food is. It is becoming the “Ariapita Avenue” of Tobago as bars and accompanying delicious food stalls are populating the stretch.

Friday and Saturday nights from 9pm to 2am.

“D Punch Boss” sets up his cart on the junction on Friday and Saturday nights and after you taste one you will know why he’s called the punch boss!