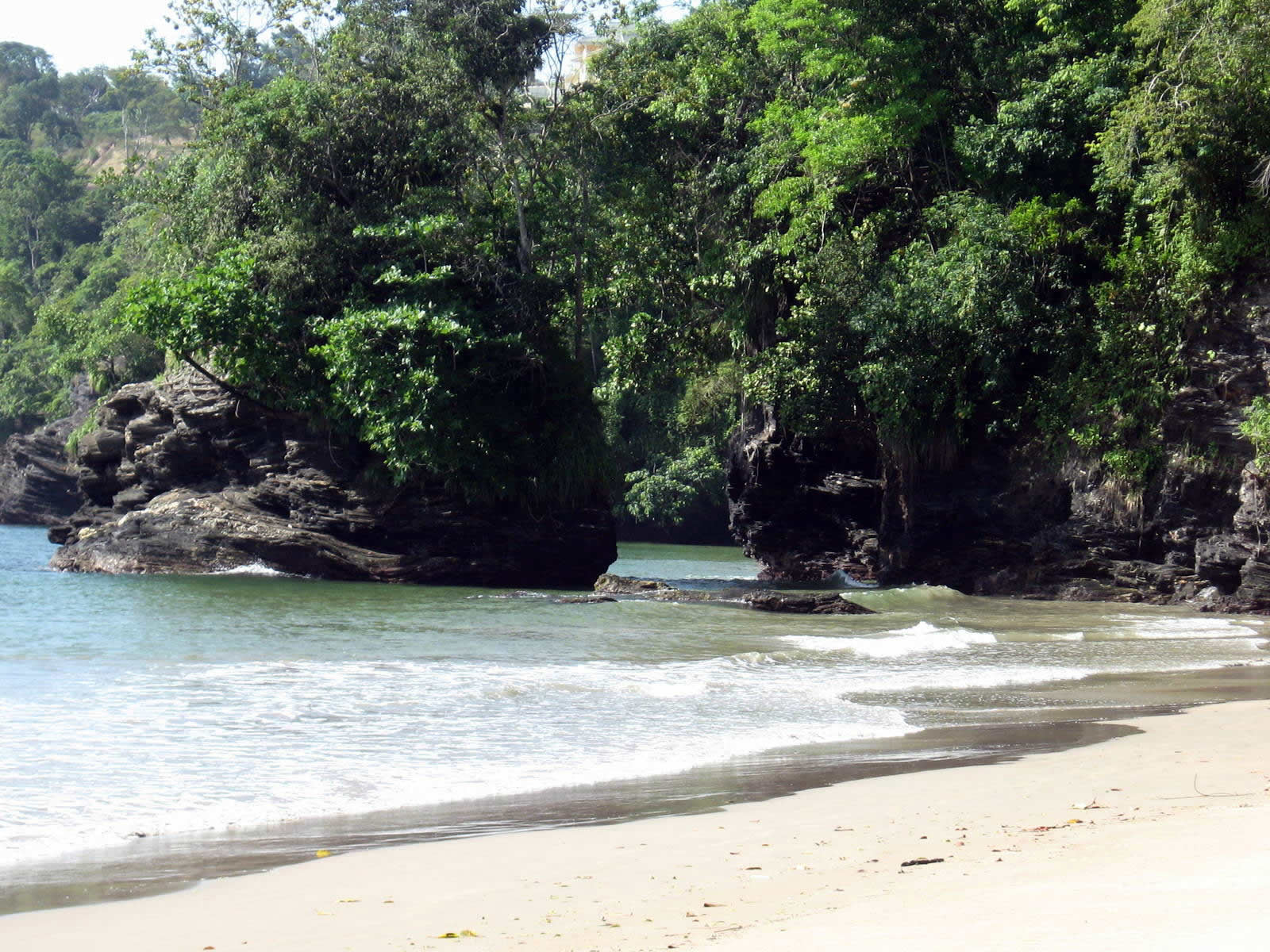 For many Trinidadians, a trip to the north coast of Trinidad is associated almost exclusively with a visit to Maracas Bay.  With its awesome sandy beach, great food and the all-important Trini lime and atmosphere, Maracas Bay is an awesome beach destination.

But if you venture past Trinidad’s most popular beach, you will discover some other wonderful destinations – some obvious and some hidden.  But each have a special quality – be it great waters to swim in; beautiful vistas; seclusion; or wonderful scenery – that will compel you to return time and time again. 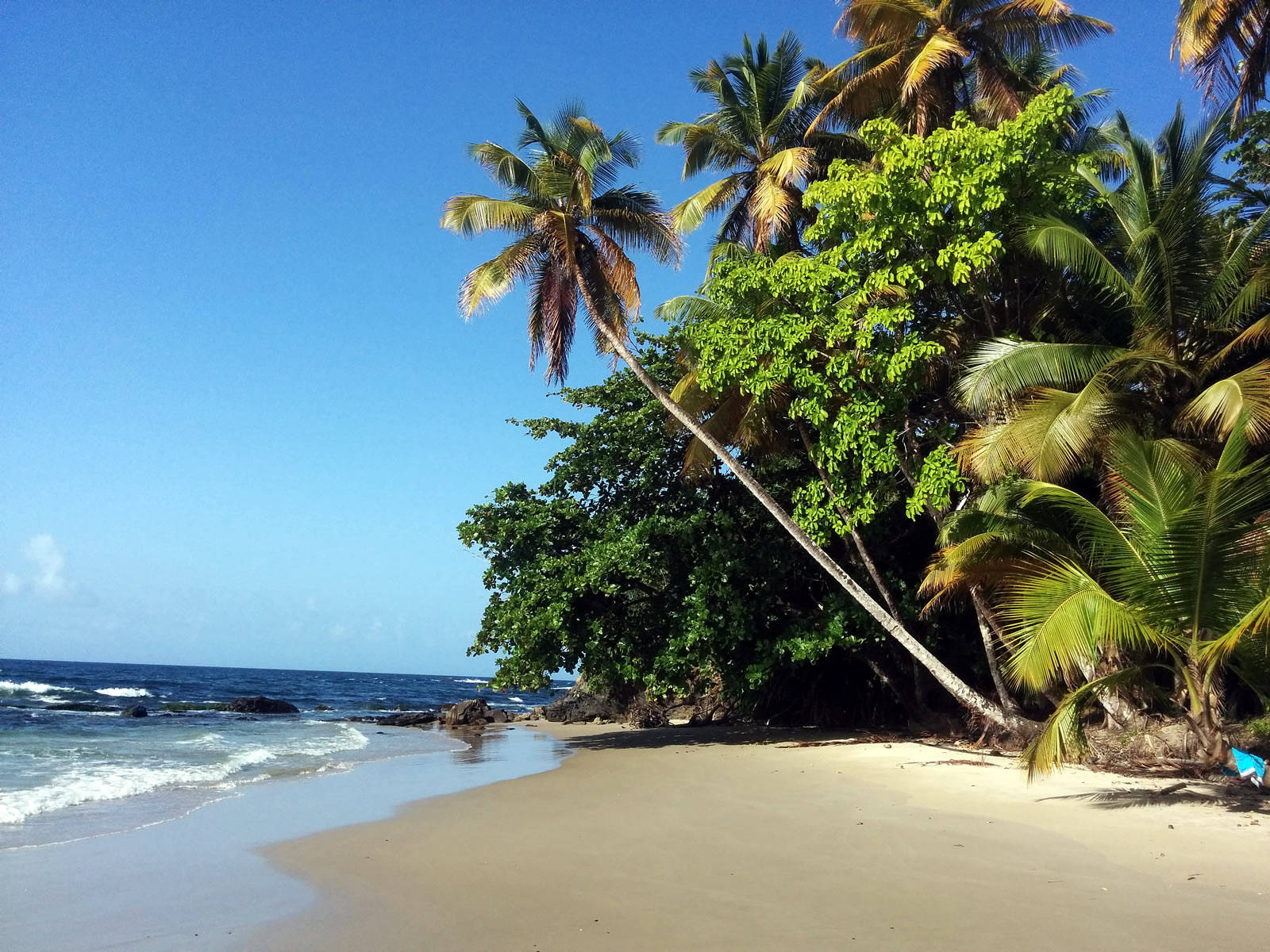 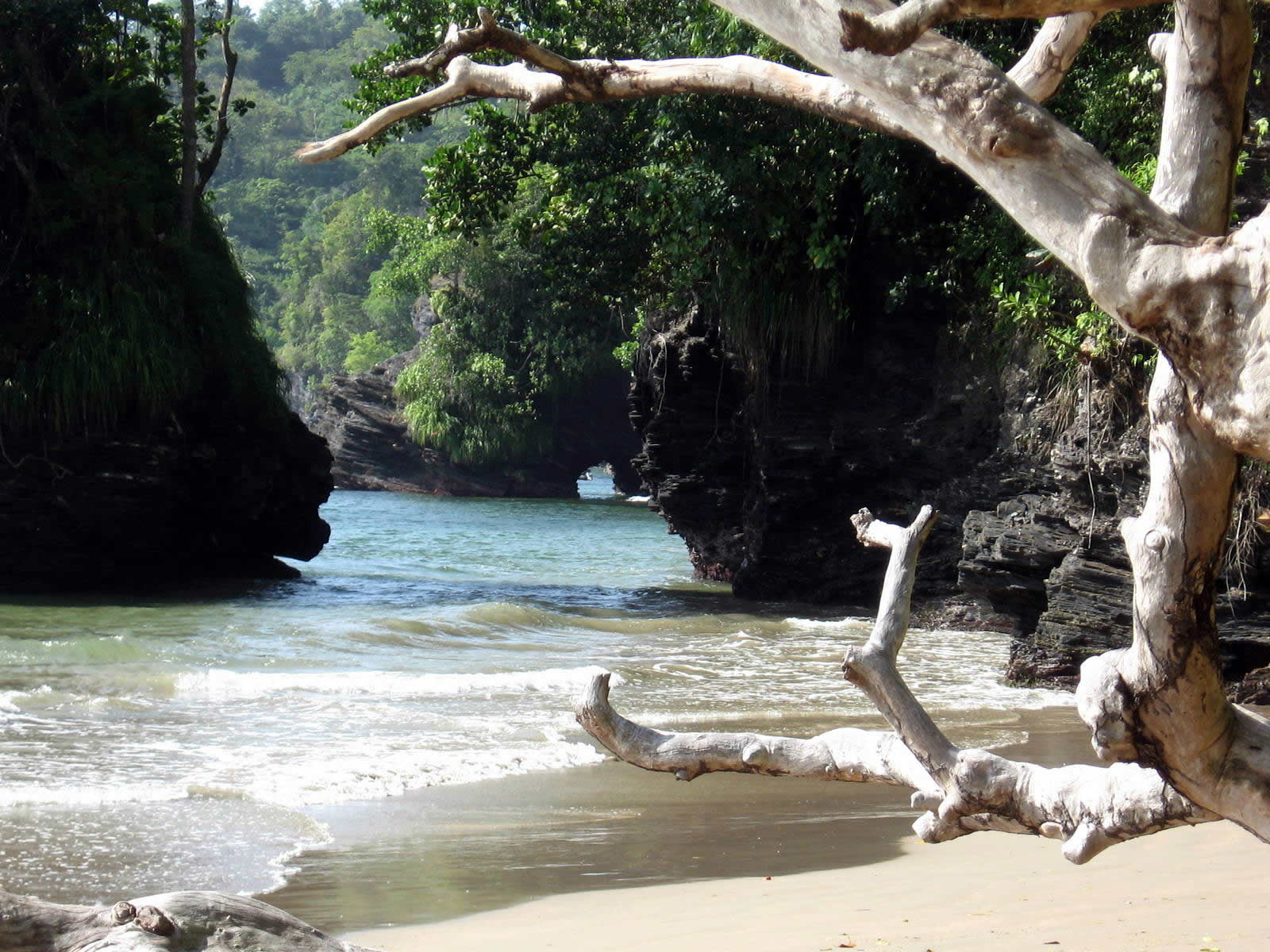 2Hundred Steps Beach
Add to My Trip
One of the truly hidden gems in Trinidad, Hundred Steps Beach is a secluded beach that is excellent for quite sun bathing, swimming, exploring and great fun. NOTE: Several security concerns have been raised about this destination. Please exercise extreme caution and visit in groups.
Hundred Steps Beach is a secluded gem with calm clear waters, great sand and picturesque surroundings set at the base of a verdant green cliff. It is a serene destination by virtue of the difficulty to get to it. Located after Las Cuevas on the North Coast Road, Trinidad. Situated at the base of a cliff, the beach is accessed via a short nature walk from Mitchell Trace to the top of a concrete staircase that leads to the beach. However, you are surprised to learn that a section of the staircase is missing and the completing your descent requires a climb done a rope tied to a tree. But once you are passed the adventurous scramble down the cliff, you realize that this is a destination worth the effort getting to. You are greeted by a lovely beach comprised of fine golden sand with a gorgeous view of the Chupara Bay to the front and enclosed by rocks on either end. The tranquil nature of the beach is a privilege to behold and you realize that you are experiencing something that few others have. Because of the isolation we strongly advise that you visit this destination during the day with a group.
Learn More 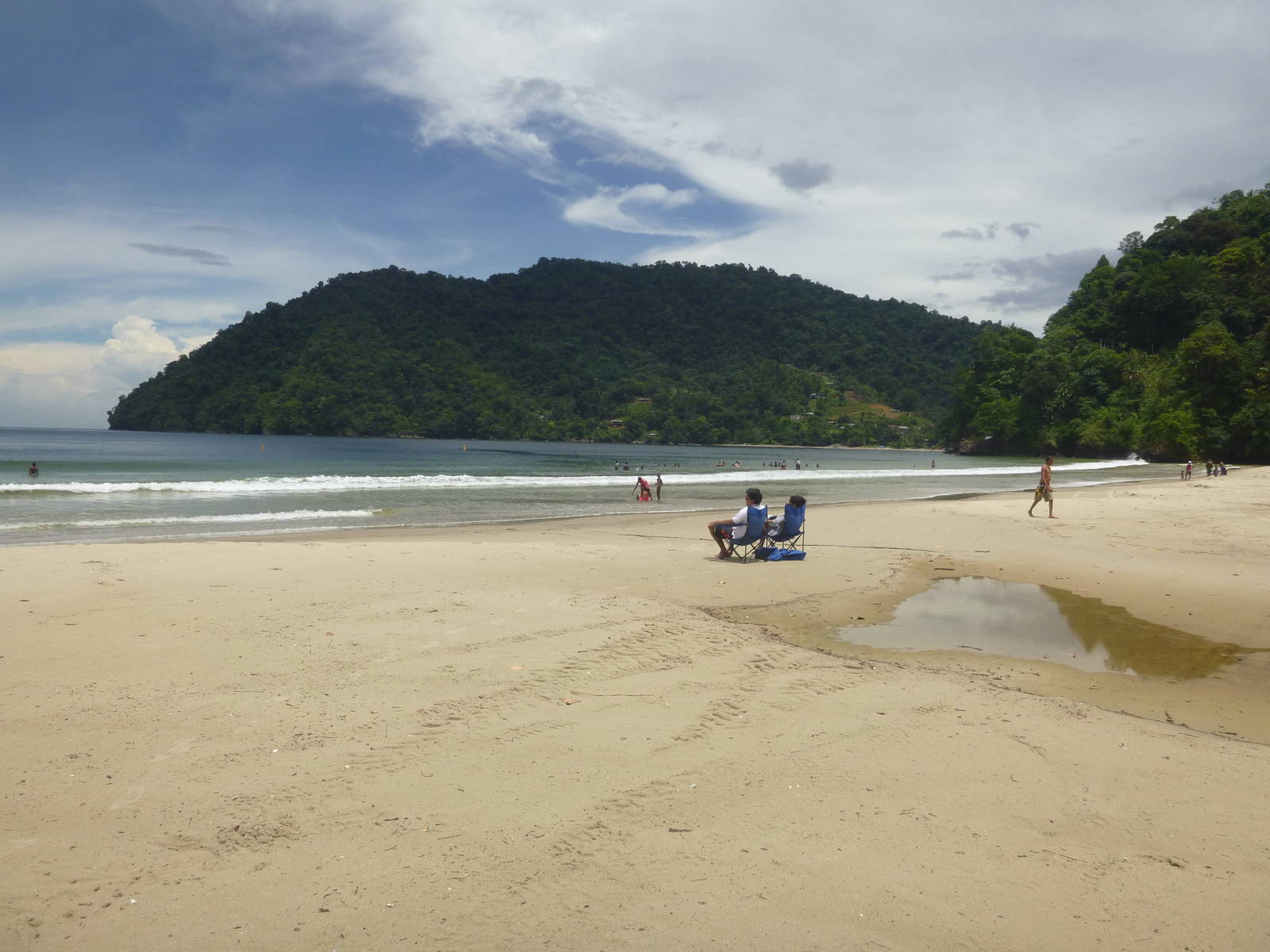 3Tyrico Beach
Add to My Trip
If you seek to escape the crowds of Maracas then Tyrico Beach is the beach for you. Located on the North Coast Road just east of Maracas Beach, Tyrico is great for swimming and relaxing.
Known to many Trinidadians as Tyrico Bay, Tyrico Beach is not a bay in itself as it is actually situated within Maracas Bay at its eastern end. This lovely spot of sand, though underrated by locals, is great for the visitor who wishes to be in close proximity to the food and amenities of Maracas Beach, but away from the crowds. A more relaxing swim is also afforded as the angle of the beach results in smaller waves and a less hectic surf, making it ideal for visitors with children. With lots of sand real estate per sun-bather, in a sense, this mini Maracas is the best of both worlds. You will find Tyrico Beach on the left of the North Coast Road within 2 minutes of driving past Maracas Beach. A blue and white sign marks the entrance to a short unfinished access road that allows up to drive right onto the sand. As there are no vendors here, bring your own food or pick up a bake and shark and drink on your way past Maracas Beach.
Learn More 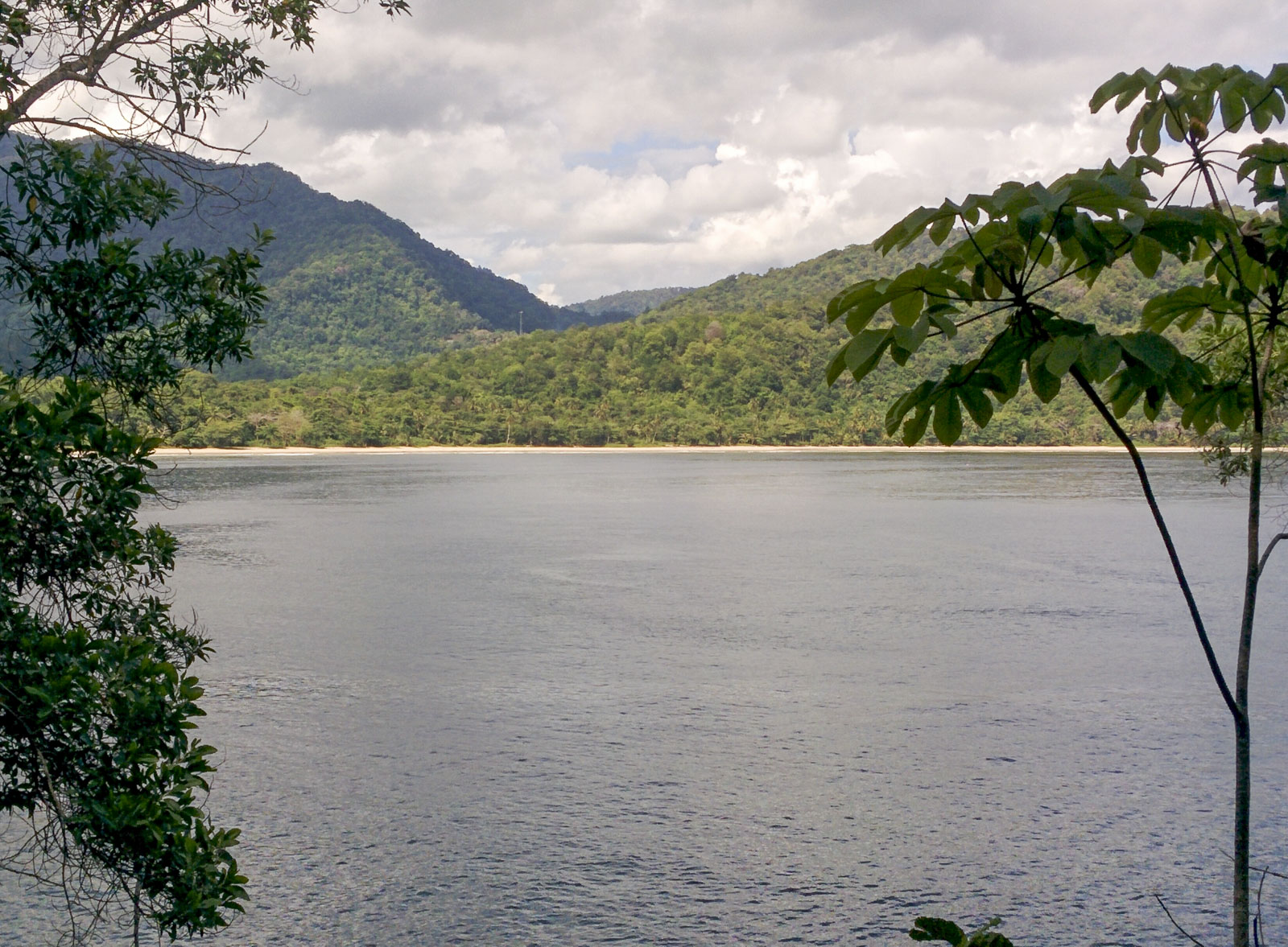 4Fort Abercromby
Add to My Trip
This historical area is very peaceful, calm and quite scenic!

Situated to the immediate north of Las Cuevas Bay, overlooking a scenic bay are the remnants of Fort Abercromby. Built by the British in 1804 as part of the fortification of Trinidad that included Fort George and North Post. The British were concerned however about attacks from the French and knew all too well that Las Cuevas Bay made a good place for landing ships as they had landed there in 1750 when Trinidad was still in Spanish hands. The British also intended that Fort Abercromby would be a place of last defense in case they lost Port of Spain, retreating with their forces through St Joseph and over the mountains to Las Cuevas.

What remains now is just two lone canons marking the headland but Fort Abercromby is  still a place of interest because of its historical significance and fantastic ocean views. A stairway leads to a lookout which gives a more picturesque view of the ocean and surroundings. The deep clear pool below this fort is a popular fishing and snorkelling spot. 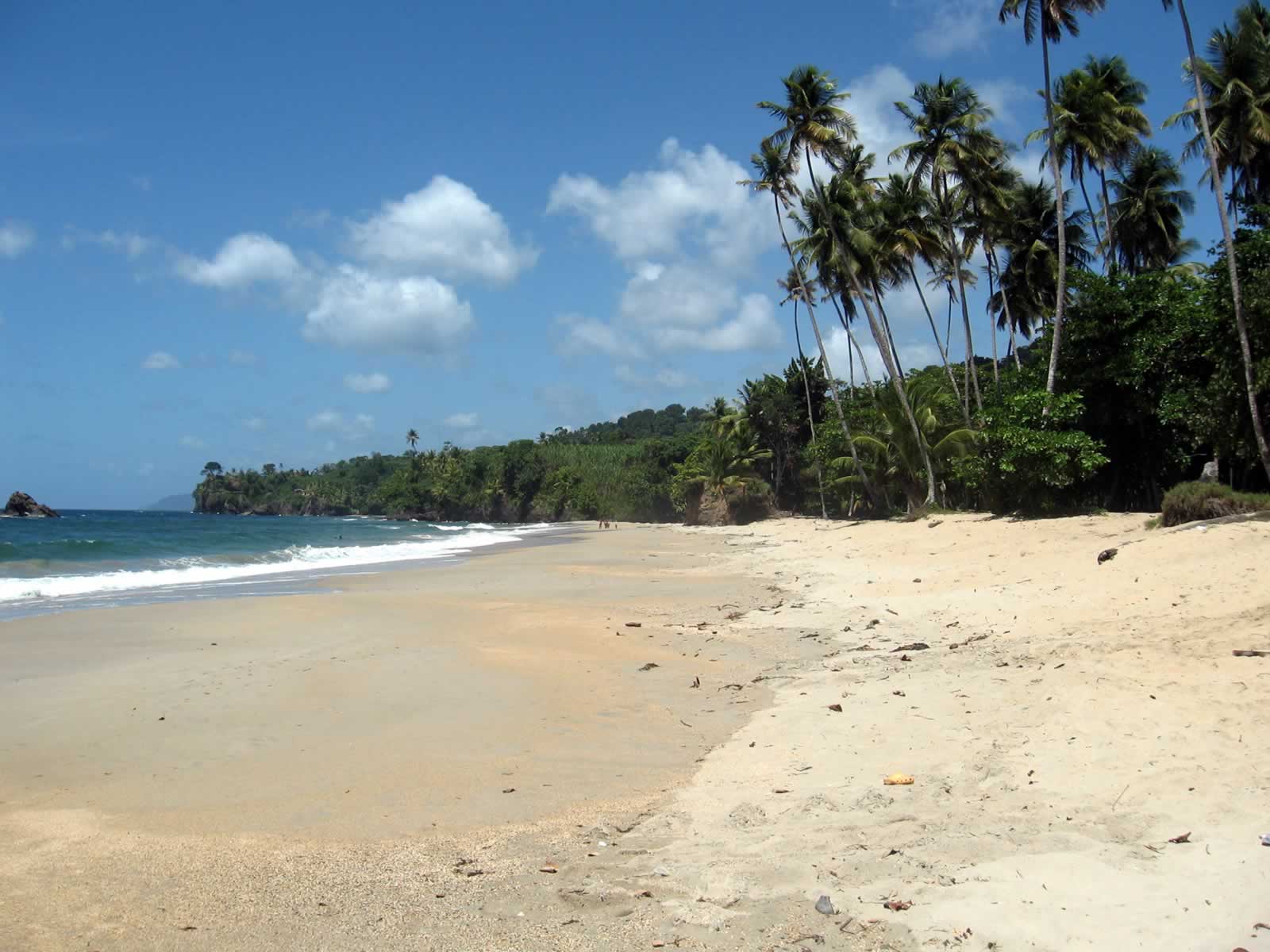 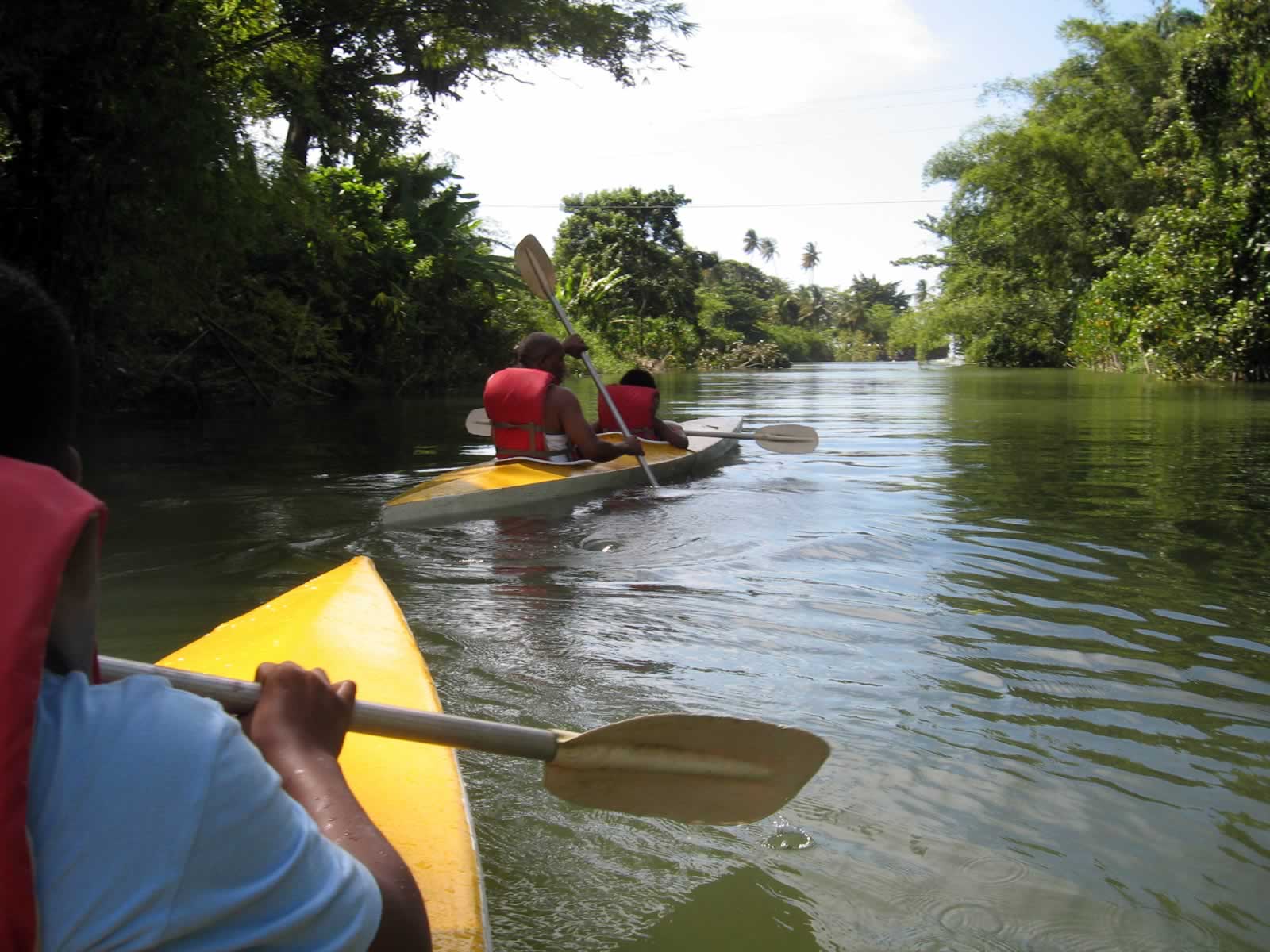 6Marianne River
Add to My Trip
Marianne River meets Marianne Beach on Trinidad's North Coast and is ideal for kayaking, swimming and recreation.
The Marianne River is the venue for the Ganga Dhara festival - a pilgrimage done by Hindus to the river as they make offerings of buttercups to Ganga Mai (the river mother or the Mother of creation). Marianne River is also great site for kayaking and bird watching. Spotted sandpipers, kingfishers, gray kingbirds and striated herons are seen along the river course.
Learn More 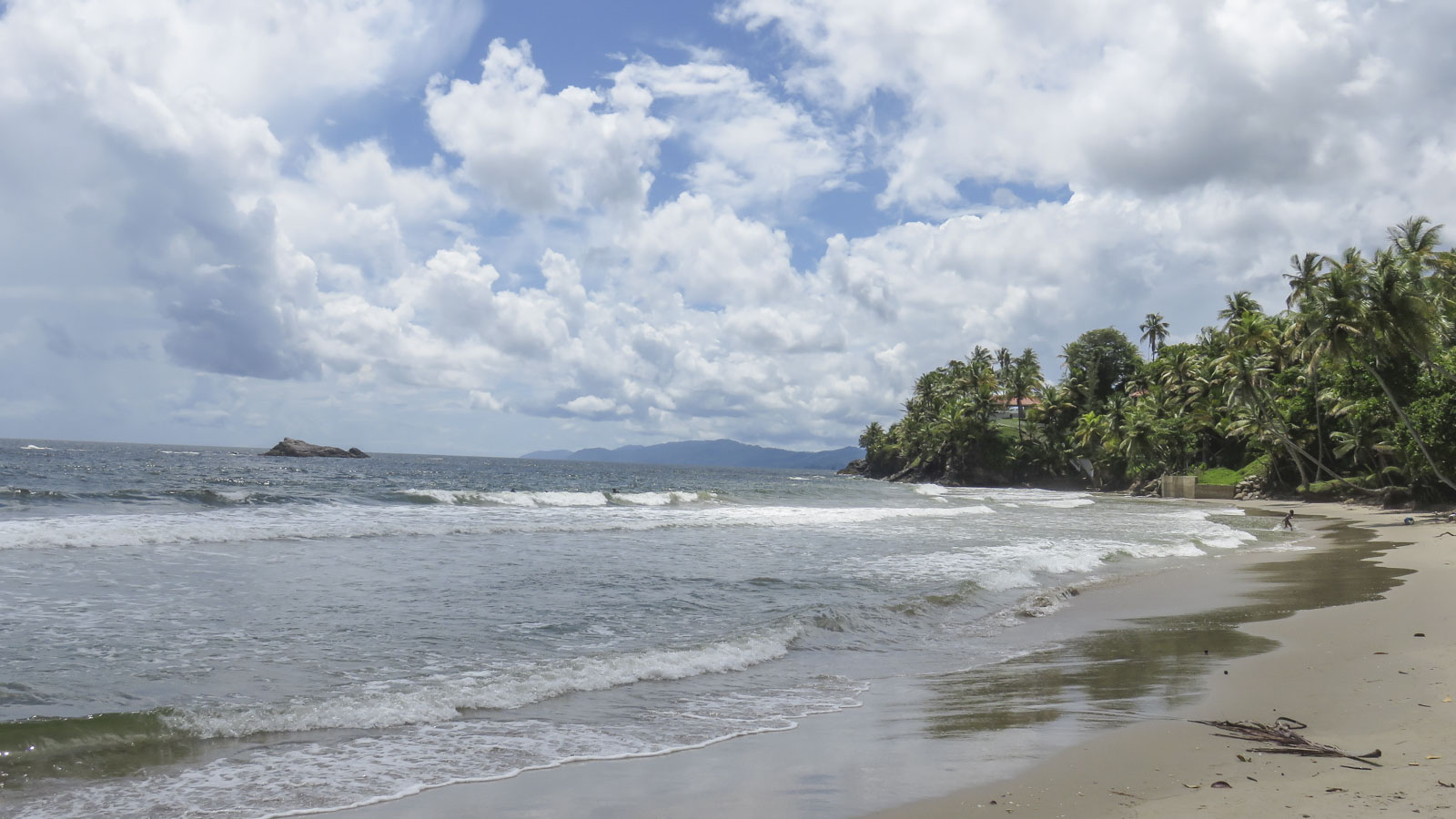 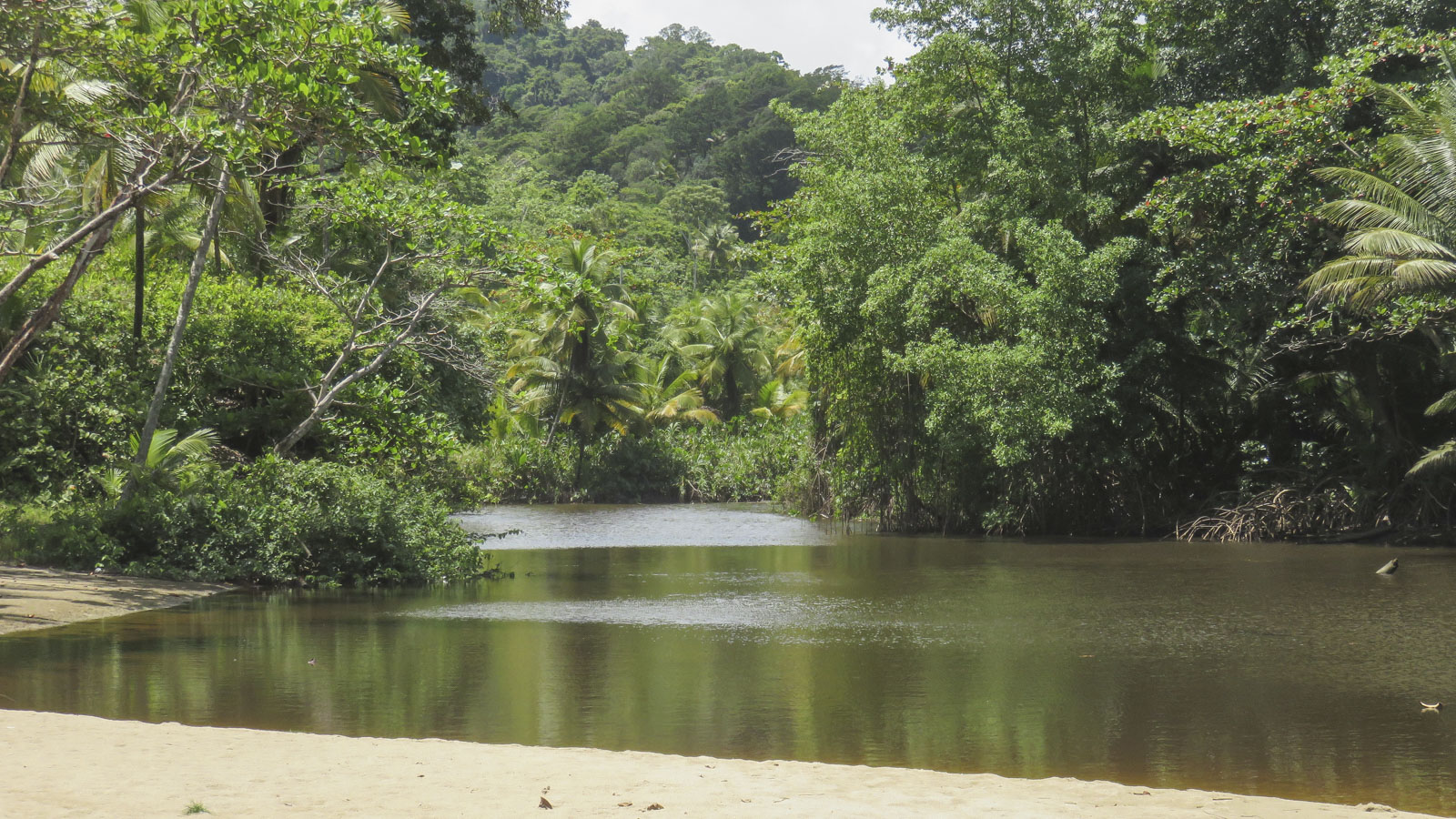 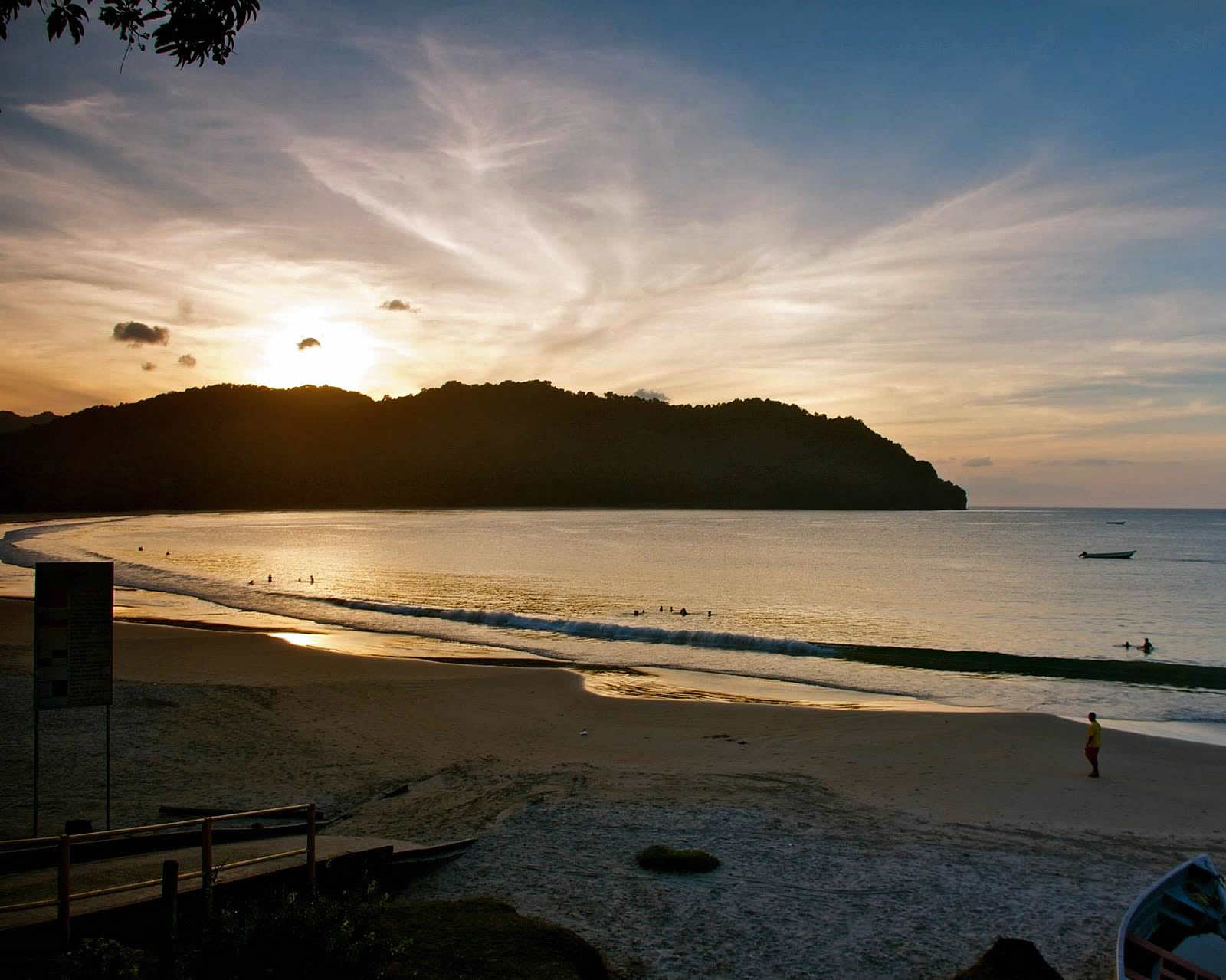 9Las Cuevas Bay
Add to My Trip
Great for swimming and sunbathing, it is the longest (22km) strip of sand and the second most popular beach on the North Coast.
In contrast to Maracas Bay which is some 10 to 15 minutes away, the waters here are less robust and attract sea bathers who appreciate the calmer breakers of 80 centimeters. It is also more secluded and less crowded than Maracas Bay. It’s a sheltered horseshoe bay which provides protection from the wind, making it an ideal spot for swimmers. However, surfing is usually done on the western end with waves sometimes as high as 1. 5 meters between November and April. There is a restaurant near the car park that serves local dishes if you are not up to the bake and shark frenzy as you make your way here. You can bring your cooler of goodies but be careful as you walk down the steps to reach the bay.
Learn More